Playing with alcohol inks is messy....but oh so much fun :-) 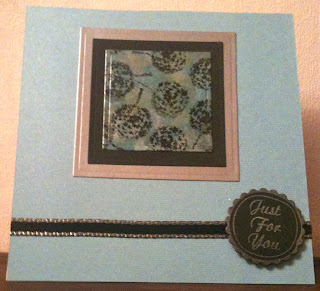 I made this card for a work colleague to say Thank You for doing something really kind for us this week.
I made the image by blending two colours of Rangers alcohol ink and the silver mixative, then overstamped with a tiny rubber stamp i picked up in a sale using Stayzon ink, i mounted it on card stock and decorated with ribbon from Crafty Ribbons. The sentiment is another stamp from a sale, i wasn't 100% happy with the way i stamped the edge so i cut it down using my Big Shot and a scalloped circle nestie. Unfortunately the metallic look hasn't shown up too well in the photo but i was really pleased with it.


I would like to enter this card into the following challenges

it's catching this craft bug....

my 12 year old has never shown any interest in craft and his drawing is limited to badly drawn stick men, however on seeing my Christmas cards he wanted to have a go and fell in love with some Manga art books in Hobby Craft. So Santa got crafty and bought him a big 'how to draw Manga' book, some ProMarkers and paper (as well as a box to keep it all in).

His first attempt was the weapons.....not my aim for him, but a start, then a character.... and my husband and I were completely stunned at how good it was.

He then decided he wanted to make his brothers birthday card by drawing the same figure but smaller and in a football strip with his age as his shirt number. He decided how to lay it out and i helped him just a little bit with the stamping. His brother was really impressed and so were we, so much so i am posting it on here even though it wasn't my work. 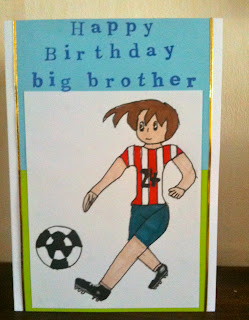 For me a new year means my eldest sons birthday on the 2nd, so a challenge was afoot to make a non Christmas based card. 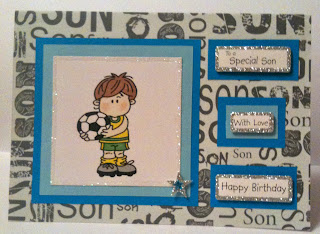 As he is football mad i was really grateful to be sent this digi image of a little footballer by a good friend. I used a free backing paper from a disk i received with a craft magazine and the sentiments came from my favourite shop, Hobby Craft. I coloured him with ProMarkers to match my son's team and outlined the picture with Glamour Dust. The card i mounted it all on came from stock.

Well it's over with for another year, i hope you had a good Christmas.

Before moving on with new cards and ideas i wanted to just add a few more photos of cards i made for Christmas, these are some of my favourites. 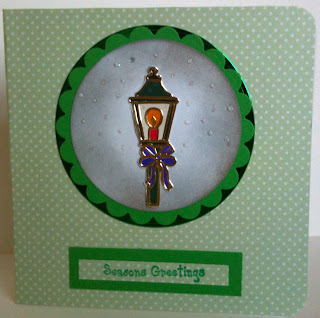 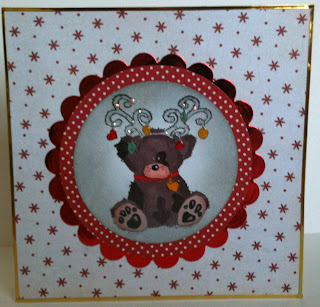 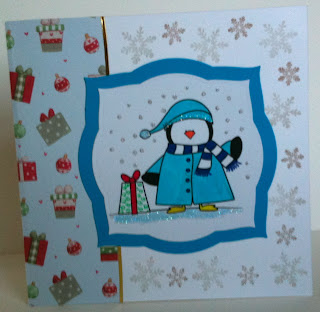 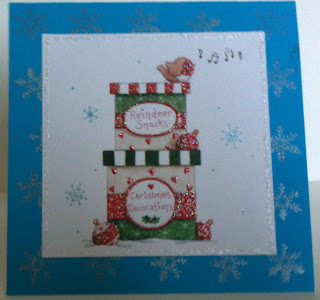 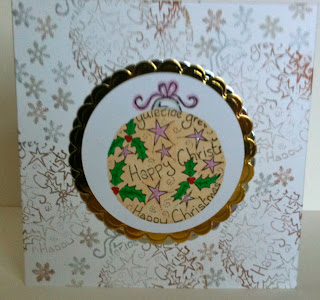 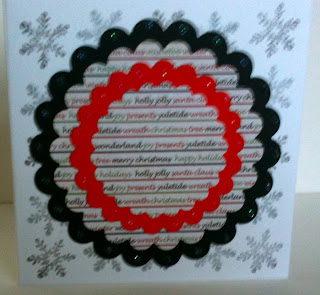 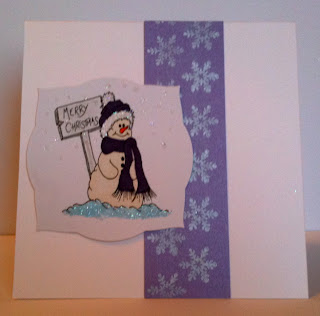 Yvette
I'm married to Mal and I have one teenage son at home and two grown up children who left home some time ago. I am also the very proud Nanny of two adorable grandsons. I have been making cards for 3 years now. Although I am happiest when I have ink stained fingers and a new project on the go, there are far too many new ideas and styles of crafting that I want to try, so I really do need more hours to my weekends :-) 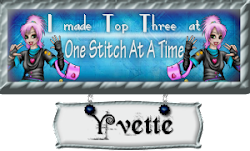